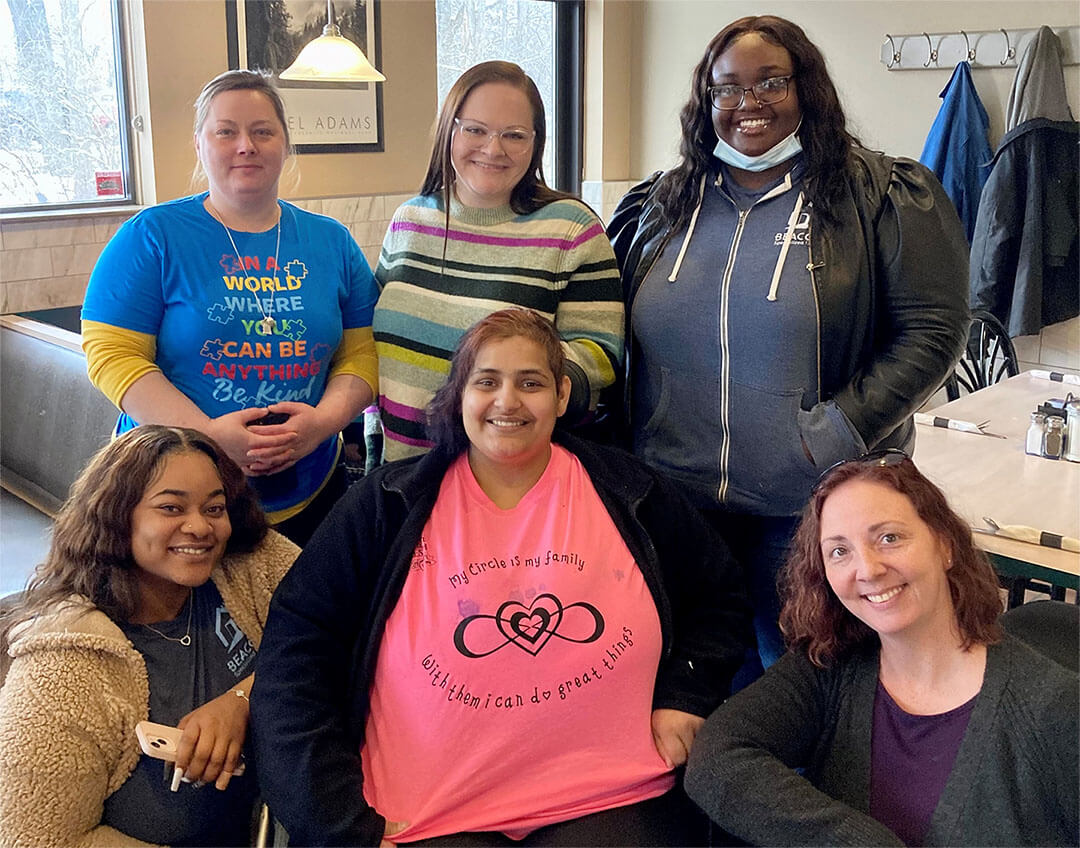 Sophia is a true “success story”

She has lived at Beacon’s Goodrich home for almost four years and over that time has made tremendous strides. When Sophia moved in, she had severe emotional dysregulation. Sophia and her staff share with me stories of her eloping and aggression. If you met Sophia now, you would never know that she had a tumultuous past. Sophia has learned coping skills that work for her and developed a circle of support that is there for her when, and if, needed.

Sophia’s guardianship expired in February 2022, and she wondered who would become her new guardian. After calling numerous public guardianship offices with none accepting new clients, her case manager at Livingston County CMH asked, “how would Sophia do as her own guardian?”

Although a little nervous, Sophia became her own guardian. Sophia is not alone though; a “circle” has been developed to support Sophia and assist her with decision making. Sophia’s circle consists of home staff, her CMH case manager, therapist, teacher, and Jan Lampman, owner of Community Drive and consultant of individual and family services. Jan facilitates the monthly circle meetings where Sophia updates the group on her goals and anything she may need assistance with.

Today, Sophia is her own guardian. Something she states she has not been in over 7 years. She goes to school at GISD Transition Center and is looking for employment. She is great at spending and budgeting her money, sometimes asking home staff for assistance. At today’s circle meeting, Sophia shared her latest goal: her own apartment. She knows that she has the support and encouragement of her circle, wherever she may go in life. Although change and growth can be scary, Sophia has her circle to assist her. The circle is all very excited to see where Sophia goes in life and will be there to cheer her on.